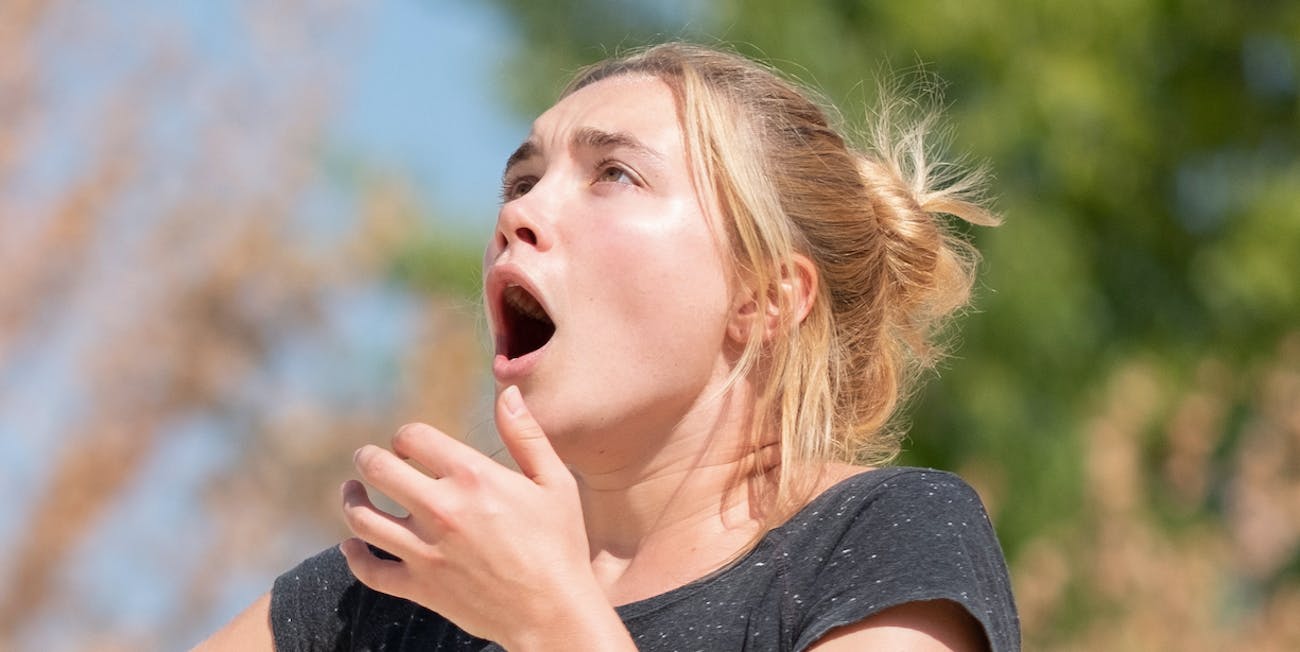 Netflix’s continues adding to its ever-growing horror collection. One of its latest entries is Apostle, directed by Gareth Evans.  Several reviews have already compared the film to 1973’s The Wicker Man, since  both films are rooted in the folk horror subgenre, deal with religious fanaticism, and essentially build their own unsettling worlds, in each case a small, remote island. Yet, where Apostle breaks from some other films in the subgenre is in its critique of masculinity.

Apostle is set in 1905, and generally, little backstory is given to the island where the protagonist, Thomas (Dan Stevens), winds up in a quest to rescue his sister Jennifer (Elen Rhys). In one of the film’s most harrowing scenes, we come to realize why Thomas has abandoned religion. He was tortured when he tried to introduce Christianity to Peking during the Boxer Rebellion. As Thomas is tormented before a burning cross, no God comes to his rescue. This is just one of the many scenes in which poor Thomas is put through the meat grinder.

The other men in the film, namely Prophet Malcolm (Michael Sheen) and later Quinn (Mark Lewis Jones), use religion to keep the island’s inhabitants in line and to subjugate women. At one point, when Malcolm claims that Jennifer is a traitor, he parades her through the village in shackles and leaves her outside where children poke her with sticks and yank at her hair. The violence she suffers at the hands of men is only exacerbated as the film progresses.

These men also exercise strict and harsh control over women’s bodies. For example, Quinn cuts a baby out of his daughter’s womb and then uses a medieval torture device on her lover because he didn’t want them to be together and he certainly didn’t want his daughter to have the baby. Quinn is the film’s most pronounced example of ruthless, unchecked patriarchy, and his violence exceeds that of Malcolm’s.

The island, meanwhile, is inhabited by a goddess, and Malcolm claims to speak for her. He also feeds her animal and human blood, and yet, he can’t fathom why crops keep failing. The goddess, who seems to be nature personified, suffers because of the men who rule the island. They try to claim her for their own and tame her, but under their firm hand, any plant that starts to green soon withers and browns.

Initially, Thomas is afraid of the goddess, and his first encounter with her is one of the most chilling images in the film. She is as decayed and creepy as the woman who inhabits room 237 in The Shining.  However, near the end of the film, he kneels to her and better understands her story, specifically that she isn’t so monstrous as he once assumed. Of all of the men in the film, Thomas has the most connection to the women. He comes to island because of  Jennifer, he forms a semi-romantic relationship with one of the islanders, Andrea (Lucy Boynton), and he eventually understands and sympathizes with the goddess. It should be noted, too, that both Jennifer and Andrea have their own agency, especially near the conclusion.

In the final shot, as Jennifer and Andrea escape the island via boat, Thomas and Malcolm, who evolves after witnessing Quinn’s brutality, sit together on a cliff as the women leave. New life finally grows, after Thomas and Malcolm’s blood has been spilled. There are a few ways to interpret this last scene. Maybe nothing grew on the island when the goddess was fed human blood because the island and its people were so tainted under Malcolm and then Quinn’s rule. Maybe new life grows because Thomas and eventually Malcolm transcend the negative aspects of masculinity with the help of women. Because of that, new life could flourish on the island, or maybe the cycle of life and death simply returns because the goddess is free, so to speak.

Apostle is a solid entry to the folk horror subgenre, especially for some of its critiques of masculinity. In that regard, it has some commonality to Dave Eggers’ 2015 film The Witch, which also has a menacing patriarchal figure, the father of a Puritan family who is so rooted in religious dogma and superstition that he suspects his eldest daughter is a witch as she comes of age sexually. Both films are awash in cool tones that establish the bleak atmosphere, especially as the crops fail and the violence heightens. The gore in Apostle is excessive at times, especially torture to animals, and the film could have been cut and edited slightly more, but overall, it is another noteworthy addition to this year’s already strong horror list.

Recommended: Check out this article over at Horror Homeroom about some other films that will help you better understand Apostle.