Ghost Stories, written and directed by Jeremy Dyson and Andy Nyman, is a British anthology horror film based on their stage production, but the narrative outside of the three tales is the real highlight. The film poses questions about how society views those who claim to have supernatural experiences and why we sometimes turn to the belief in the paranormal while grieving. In questioning reality, the film makes the statement, the brain sees what it wants to see. 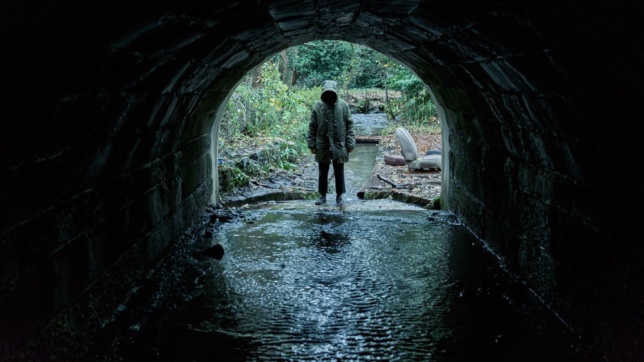 The film’s storyteller, so to speak, is the pompous Professor Goodman (Andy Nyman), who hosts a show called “Psychic Cheats” and discounts stories of the supernatural. After exposing a psychic as a fake, Goodman is summoned by his idol, reformed debunker Charles Cameron (Leonard Byrne), who hands him three case files and urges him to reconsider his world view. 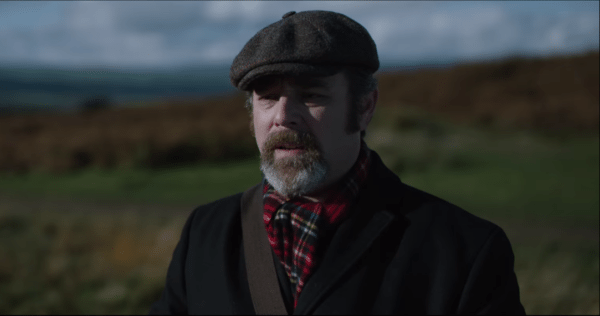 Accepting the offer, Goodman first interviews Tony (Paul Whitehouse), a former night watchman of an asylum who is haunted by what he saw one shift. This first story is a slow burn, one that relies on elements of a traditional ghost story, including late night bumps and sounds, shadows, and a gradual build-up to Tony’s encounter of a creepy ghost girl.

Tony’s character is one of the most interesting. In the story’s wrap-around, he expresses disdain towards Goodman and mocks his professor title. He also mentions that he’s been jobless, due to immigration, and eventually, he confesses that he’s suffered personal tragedy. Rather than really listen to Tony, Goodman is quick to discount his experience and blame it on his personal grief and unstable life.

The second story, “Simon Rifkind,” is similar to the first tale, meaning that it takes its time building to its final scare. Simon (Alex Lawther) claims to have seen an apparition late one night while driving home from a party. Simon’s performance makes up for the generally weak story, especially when he cries into a crumbled tissue and tells Goodman that he doesn’t want people to think there’s anything wrong with him. The final tale, “Mike Priddle,” is generally subdued and focuses on a rather mild poltergeist that knocks over knick-knacks in Priddle’s (Martin Freeman) home. The story concludes with an unsatisfying jump scare.

The three stories, overall, are mild and it’s the in-between that’s the most interesting, the blurring of reality with the supernatural. After the first tale, Goodman interviews Tony’s priest, who tells him, “How unfashionable it has become to believe in anything other than our personal gains.” This is a personal jab at Goodman who makes a living tearing apart people’s beliefs that can’t be reduced to quantifiable evidence.

The conclusion of the film takes a reality-bending turn, and we’re suddenly thrust into Goodman’s past, presented with a childhood memory of bullies who tormented him and called him “Jew face” before inflicting even worse torment upon another child who they lure into a cave and leave for dead. At its core, Ghost Stories poses questions about reality, while relying on one key element of traditional Gothic literature: the past’s influence on the present. Goodman is haunted by his childhood memory and the boy left for dead in the cave, and as a result, he spends his life denying that the supernatural can be plausible or even that the past can have serious baring on our present actions.

The film’s wrap-around is its real strength, specifically when Goodman’s cocksure reasoning is challenged. The three tales aren’t that scary. Rather, they serve and advance the interspersed, more interesting narrative surrounding Goodman’s beliefs. Unlike other anthology films, such as Creepshow, The ABC’s of Death, and Tales from the Darkside, Ghost Stories makes its storyteller the real focus, and his journey should be considered the fourth tale. It is the most engaging and most substantive aspect of the film.