With Labor Day weekend here and summer winding down, several of horror’s heavy hitters will be released in theaters soon, most notably It Chapter 2 and The Lighthouse, director Robert Eggers’ follow-up to The Witch. That said, there’s another film in theaters now deserving of attention, Ready or Not,a gory blend of comedy and horror that lampoons the one percent while creating a memorable final girl in the process.

The story opens just as Samara Weaving’s Grace marries into the family from hell, the Le Domas clan. This is a family that adheres to absurd traditions, including a card game that’s played each time one of the family members marries. Grace picks the Hide and Seek card and asks, “Are we really going to play this?” To her, the game is childish and silly, but the clan isn’t about to break tradition. Grace soon learns that the game doesn’t involve merely hiding in elevator shafts or closets. The clan has to maim her and then sacrifice her in a ritual before dawn, or else, they all die. This is part a deal made years ago with the satantic figure Mr. Le Bail, whose portrait still hangs on the wall. The premise sounds absurd, and on paper it is, but under the direction of Matt Bettinelli-Olpina and Tyler Gillet, and with a smart script penned by Guy Busick and Ryan Murphy, the film works surprisingly well. 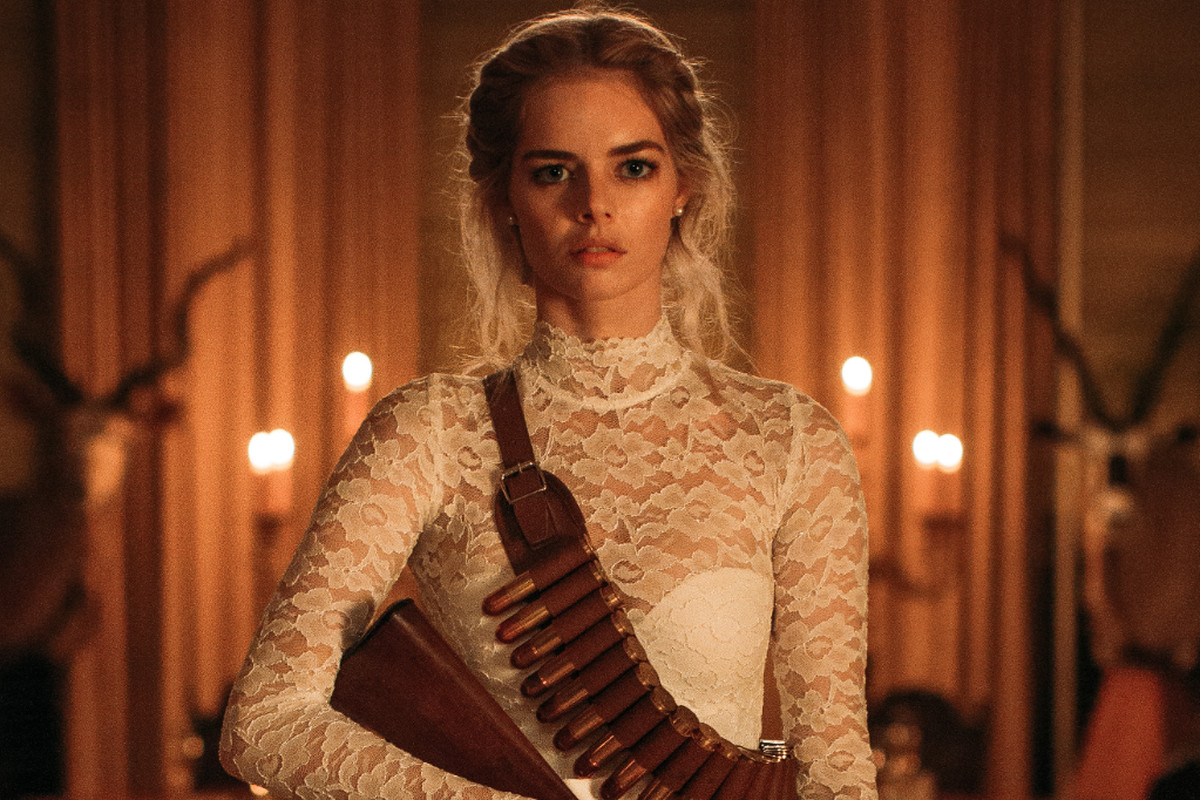 Grace is an incredibly likeable character. We see the world through her eyes, including the family’s swanky, multi-room mansion. Even when she escapes the maze-like home and dashes across lawn after lawn, seeking an exit from the property, we’re left wondering how much land the clan owns and who in their right mind needs so much acreage. She also has several of the best lines and reactions in the film, especially her simple, yet forceful  remark “Fucking rich people!” in the closing minutes. It’s clear that Grace, who wears Chuck Taylors with her wedding gown, is never going to be a Le Domas, no matter who she marries. Furthermore, the family is so bumbling that she’s better off.

This is another strength of the movie. Typically, hunters/the wealthy are depicted as skillful and cunning, but not in this case. In the opening 20 minutes, one of the family members shoots another in the face with a shotgun. Even the Satanic ritual in the closing minutes is foolish and over the top. Generally, the film mocks the elite  while building up Grace as an every woman that earns cheers and sympathy. In an interview with Vanity Fair, Gillet said that one of the film’s intentions is to play with the class rage that’s been brewing over the last several years. “There are a lot of people who feel like they’re helpless, and that they want change, but they don’t know how to be part of it. There are a lot of people that just want to fucking scream right now. There’s a lot of rage, and a lot of anger, and a lot of fear.” This idea is underscored in several scenes. For example, at one point, Grace makes it to the open road just outside of the family’s sprawling property. When a driver sees her, he zooms by in his sports car, even as she flails her arms and wails for help. “What is it with rich people?” she asks.

As the film progresses, Grace endures one trial after the other, until her grown is bloodied and shredded. At times, the directors zoom in on her body as a nail goes through her hand or a fence’s spear tears her skin. These scenes are not for the squeamish, but they certainly make the audience root for Grace and feel her pain. Additionally, Ready or Not’s final minutes are the perfect blend of humor and horror that is threaded so carefully throughout the movie. It’s utterly satisfying.

Ready or Not is one of 2019’s best horror films. It’s smart, bloody, and funny, buoyed by a stellar and unique final girl. Grace’s frustration and role as an outsider is relatable, and her simmering rage at the  1 percent is utterly justified.