Every neighborhood has a spook house. Maybe it’s that corner property with an overgrown lawn, flaked paint, and boarded-up windows. Maybe it’s a Boo Radley-type house where neighborhood kids dare each other to entice the hermit to come out. For me, growing up in Scranton, Pennsylvania, and having a love of all things spooky and horror-related, I heard about the Smurl house in West Pittston. The family’s claims that they were terrorized by unfriendly spirits became so famous in 1986 that it created a media sensation. People lined up and down the block on Chase Street, hoping to catch a glimpse of the paranormal. The Smurl family’s story even garnered the attention of renowned demonologists Ed and Lorraine Warren, who, unlike others, believed that something abnormal occurred in that home. The Smurls never quite garnered the long-standing attention of some of the Warrens’ other cases, namely Amityville, and their story has yet to be the subject of a Conjuring film (here’s hoping!), but thanks to Shudder obtaining the rights to the 1991 made-for-tv movie The Haunted, the Smurl story can find a new audience in the 21st Century.

The general story of the Smurls is a familiar one about parents trying to find stability and do what’s best for their family. After they were displaced by Hurricane Agnes in 1972,  Janet and Jack Smurl moved their family to the West Pittston home, and not long after, they claimed to have experienced uncanny incidents. Items would disappear. Doors would open and close. Toilets would flush. They’d lose sleep over growling noises and putrid stenches. Over the years, the Smurls said that the paranormal attacks worsened. Jack claimed to have been sexually assaulted by a spirit. The entities attacked the children and even the family dog. Eventually, after the Catholic Church slow-walked an investigation, the Smurls decided to go to the press, which created a media frenzy. Writing about the sensation for a 2016 Halloween story in Pittston Progress, reporter Jack Smiles summarized the immense media attention. “After the Smurls went public with their descriptions of what was happening in their modest, half-double home on Chase Street in West Pittston, their story became a media phenomena going ‘viral’ the old-fashioned way — through print and television. Local and out-of-town stations and papers covered it. Wire services stories ran in major dailies from New York to California.”

The article also quotes neighbor Bill Watson, who had to deal with the intense glare of media spotlight and the circus-like atmosphere outside of his house. “Everything got out of control,” Watson said. “CNN was here on my porch. There was a camera crew from Germany in my driveway. There were so many people I could hardly get my car out to go to work.”

Onlookers of the Smurl House on Chast St. in West Pittston. Photo courtesy of Bill Waston and reprinted in Pittston Progress

In an article from the Citizen’s Voice from June 2017, daughter Carin Smurl, now a social worker and sometimes paranormal investigator, recalls that people knocked on their windows and doors and even threw bricks at their house. She said that people terrorized the family. Some reporters also claimed that the family was just looking to make a quick buck with their story, but Carin denies that. She told the Pittston Progress, “We never made money from the book or movie. Who would want to go through all that media and public bashing? To the naysayers, I hope it doesn’t take something as extreme as what we went through to make them believers. We wouldn’t wish our experiences on anyone.”

Their story, however, was dismissed not only by local newspaper columnists, but also by Paul Kurtz, then chairman of the Committee for the Scientific Investigations of Claims of the Paranormal  at the State University of New York Buffalo. Kurtz attributed the strange odors to scientific explanations and said the overall story was flawed because it was based solely on accounts of the Smurls and Warrens, not any independent observers.

Though the Smurls had their skeptics, they had true believers in Ed and Lorraine Warren. Ed specifically believed that the Smurls were haunted. He told The Times-Leader in 1986 that “the ghost, devil- or whatever you call it- is in that home.” He also claimed to have audiotapes of rapping, knocked, and dark shadows that he attributed to a demonic entity, and he said during the first night at the home, he felt the temperature drop and saw a dark mass form in front of him after he used the name of Jesus Christ, a crucifix, holy water, and holy oil.

The Smurl story gained more and more attention, to the point that Scranton native/actor/writer Jason Miller, best known as Father Karras in The Exorcist, visited the home. Miller didn’t necessarily believe that the source of the family’s turmoil was a demonic presence, but he did believe something was going on in their home. He told The Scranton Times that the Smurls feared the “infestation” would eventually get to the family.

In May of 1991, the made-for-tv movie The Haunted debuted. The movie, based on the book The Haunted: One Family’s nightmare, co-written by Robert Curran, a then reporter for The Scrantonian Tribune, the Smurls, and the Warrens, is a trip to watch all of these years later. Directed by Robert Mandel, it stars Sally Kirkland as Janet and Jeffrey DeMunn as Jack. As a local, I can’t help but laugh every time Kirkland pronounces Wilkes-Barre, tripping over the double r. Many of the effects don’t hold up, especially the moment when Jack is attacked by a succubus, who seemingly alternates between a woman with rotting teeth and a large dude in drag. That said, there are still plenty of scares in the film, especially early on when Janet is the basement and hears her name repeated. (Janet!) The shadows and blobs that float in and out of the room are generally eerie, especially when the entities follow the family on a camping trip, while neighbors spot flashing lights and hear strange noises in the empty house.

When re-watching the film, though, I was reminded of a familiar trope in haunted house movies, one that comes up in The Amityville Horror and The Conjuring. The Smurls economic anxiety is front and center in the first half of the film. Early on, Janet mentions that after a short period of bliss following the move, the family suffered one setback after another, from the boiler breaking to a pipe leaking. As the haunting persists and she pleads with Jack to leave, he tells her over and over again that everything they have is tied up into the house. They can’t just leave. These scenes centered around strained finances reminded me so much of the Lutz family in 1979’s The Amityville Horror, especially when the patriarch, George (James Brolin), complains about the house “nickel and diming him.” As soon as the Smurls move into the house, most of the family spends their time painting the duplex, while Jack crawls under a sink to fix a leaky pipe. The house has as many flaws as the Amityville house with its goo-spewing toilets and failed windows. Like other films in the haunted house sub-genre, The Haunted and Amityville can be looked at as statements about the American dream and the immense anxiety that comes with home ownership.

As the film progresses, Janet becomes more and more frazzled. She smokes. Her hair is disheveled, and at one point, when Jack comes home late, she questions if he’s been with another woman. Clearly, the house strains their relationship, and she, being a stay-at-home mom, has to confront the conflict the majority of the time. She even says at one point that the entities attack when he’s not there because she’s more vulnerable.

In June 2017, Jack Smurl passed away. His family’s history and story earned him rather lengthy obits in the local papers. Looking back on the period of their lives that earned them international attention, Carin Smurl said of her father in The Citizen’s Voice, “We had such a hard time and nobody to turn to. He was happy I was a voice out there for people who need help.” 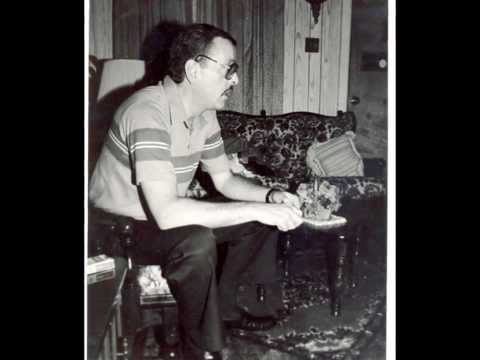 Jack Smurl from the Times-Tribune archives

As a kid, I was always fascinated by the Smurl story, that a town as small as West Pittston could have a ghost story that gained the world’s attention for a few years. Who knows what really occurred to that family. My fiancé claims that she knew a family who moved into the house years later and nothing eerie ever occurred. Still, I like knowing that everyone from Jason Miller to Ed and Lorraine Warren descended upon that sleepy neighborhood to investigate. The Smurl house was our spook house, a local phenomenon, and thanks to Shudder acquiring the rights to The Haunted, its story can live on.

3 thoughts on “Revisting the Smurl Story and The Haunted (1991)”