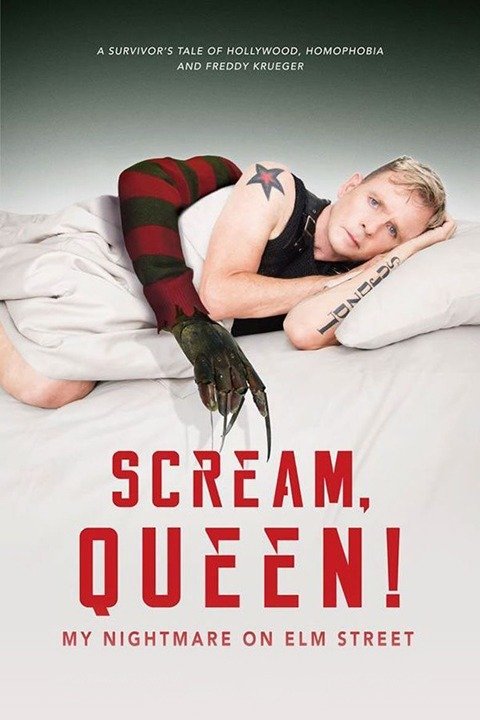 No matter what, 1985’s A Nightmare on Elm Street 2: Freddy’s Revenge was always going to face some challenges. First, there is the simple fact that it’s a sequel to Wes Craven’s 1984 classic. Sequels generally have mixed critical reviews and lower box office success. By the end of its run, the film grossed$30 million, which is not bad, but a drop off from the original film’s $57 million box office haul. More notable are the risks that the film took. Freddy’s Revenge is essentially a possession story about the demon of the dream world overtaking the shy final boy Jesse (Mark Patton). The film spawned intense backlash over its not-so-subtle gay references and caused Patton to quit acting during the AIDS crisis. In the last few years, as Freddy’s Revenge has gained a following in the LGBT community, Patton has resurfaced to speak about the film, including in the documentary Scream, Queen! My Nightmare on Elm Street.  The 90-minute doc is a must see for the way that it places the legacy of Freddy’s Revenge and Patton’s career within the larger framework and historical context of  LGBT history.

Directed by Tyler Jensen and Roman Chimienti, the film begins by following Mark in the present day, as he he makes his rounds on the horror convention circuit, meetings fans and celebrating the newfound viewership of the once-maligned sequel. It’s clear from the outset that Patton has aged and that shaking hands and signing autographs is an exhilarating, yet exhausting experience. Midway through the documentary, it’s revealed that Patton battled several illnesses at once, including HIV and cancer, after he quit acting in the mid-1980s.

Patton notes several times that he wants young LGBT fans to remember their history. The impact that the AIDS crisis had on Patton and the larger community is made more real by his commentary that’s mixed with news footage from the time period. There are chilling clips of patients bone-thin, bound to a hospital bed. At one point Patton comments that he knows what it’s like to see zombies walking down the street and that’s what it was like to be part of that community in the 1980s. Furthermore, Patton’s personal experience is placed in a larger historical context, namely the impact that AIDS had on Hollywood. Actors had to take blood tests before landing a role. The paparazzi outed men and killed their careers. Fear and paranoia swept the film business.

In that sense, Freddy’s Revenge takes on greater historical significance because it came out during the height of the AIDS crisis, and at the time, Patton was not out of the closet. Its gay undertones, including an S & M scene, a gay bay dream sequence, a leather daddy gym teacher, and few more subtle references, like a board game called probe in Jesse’s closet, made publications like The Village Voice refer to it as a gay film upon its release. Even to this day, however, screenwriter David Chaskin and director  Jack Sholder deny that they wanted to make a straight-up gay horror film. Only after conversations with Patton, including in the documentary, and more recent articles about the film have the director and screenwriter changed their tone.

Yet, the documentary also functions as a reminder that it wasn’t all that long ago that being gay and out meant losing your job. Such was the case with Patton, whose agent told him that due to Freddy’s Revenge, he’d always be cast a gay character. Additionally, the initial backlash to the film was so immense that it carried over to the internet age, and the documentary highlights some of the online gay-bashing comments that Patton had to endure.

It took time and many years, but Freddy’s Revenge finally found its audience, and one of the most endearing aspects of the documentary are interviews with young, gay fans talking about how much a character like Jesse matters to them, how they could relate to his character when they were teenagers. Furthermore, the documentary is a reminder that the horror genre has always been about Otherness, and in that regard, Freddy’s Revenge is indeed the gayest horror film ever made. My Scream Queen should cement its legacy as such and finally give Patton his justified due for the amount of work he’s done on behalf of the gay community after walking away from acting and surviving the AIDS crisis. This is an important documentary, not only for the horror community, but perhaps more importantly, for the LGBT community. It’s a reminder just how much representation matters.