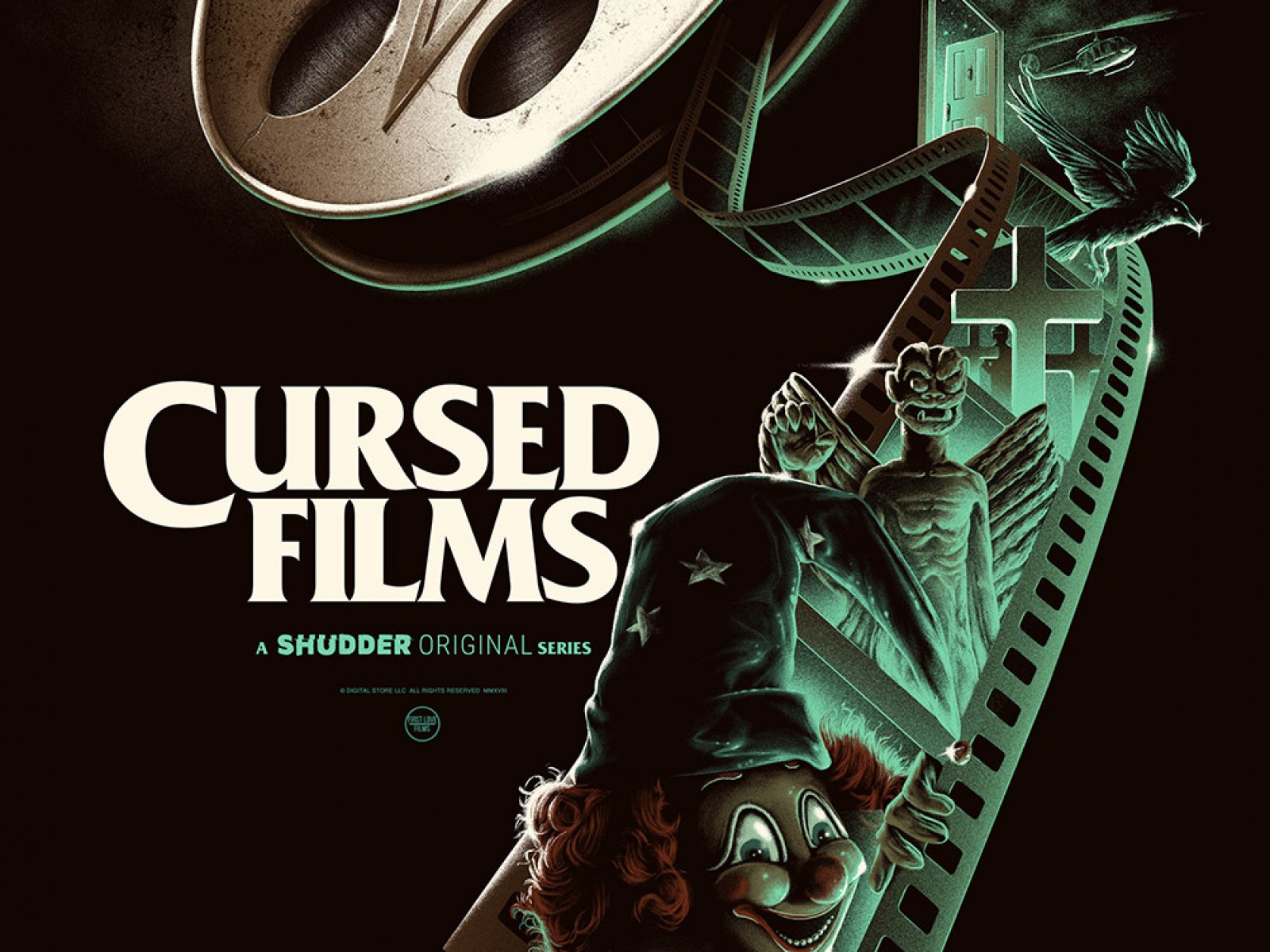 Ever since the success of last year’s Horror Noire: A History of Black Horror, Shudder has been pumping out more exclusive horror documentaries. They have one coming out later this year focused on queer horror, and this month, they dropped Cursed Films, a five-part documentary series that explores horror films with alleged “curses” attached to them. Featured films include The Exorcist, Poltergeist, The Crow,  The Omen, and The Twilight Zone Movie. Thus far, only the episode on The Exorcist has dropped, but for any horror aficionado, the 20-minute episodes are an entertaining look at some of the challenges that plagued the productions of these famous films, and in turn, led to clever marketing campaigns that increased ticket sales.

The Exorcist is the perfect example of how rumors of a cursed production could serve to cement a film’s legendary status. To be fair, the film’s production was plagued by a few unusual circumstances. Shooting was delayed after an on-set fire. Actors Jack MacGowran and Vasiliki Maliaros died when the film was in post-production, and their characters died in the film. The aftermath and reactions to the film were so intense that people thought Linda Blair was actually evil because she played Regan.

Blair is the real star of the first episode, as she opens up about how difficult the filming process was because director William Friedkin pushed his actors and actresses so much that it led to a few on-site injuries. For instance, Blair injured her back when a piece of rigging broke, and Regan’s mother, actress Ellen Burstyn, was injured during a scene where Regan throws her across the room. The blood-curdling scream heard in that shot is a result of injury. Many of the film’s performances are unmatched in horror cinema because some of the pain was real.

Much of this lore is already well-known, but what’s more intriguing is the impact The Exorcist had, especially when televangelists like Billy Graham stated that there was the power of evil within the film. This led to a brilliant marketing campaign that played up the hype and stories about people fainting and passing out in the theater.  The episode includes a trailer for The Exorcist that was never shown and played with the idea that the film itself was evil. Horror fans should watch the episode just to catch a glimpse of that long lost trailer. It’s a a relatively unknown piece of film history.

Fast forward to today, and the idea of possession is very much still in the public consciousness. Cursed Films credits The Exorcist’s legacy for that, and the end of the episode follows contemporary exorcists as they try to dispel demons from victims who genuinely believe that they’re possessed. Mind you, these people are not trained by the Catholic Church.  Yet, the episode poses the question  whether or not these modern demon-slayers are doing it out of the goodness of their heart or to make a quick buck. You decide.

Cursed Films doesn’t offer any evidence that the films were actually cursed. Rather, the series looks at the lore surrounding some of the genre’s most famous films, while offering some candid interviews with people like Linda Blair who are horror royalty. The behind-the-scenes tidbits and the exploration of a film’s legacy and its impact on popular culture make the series an interesting watch. The short episodes are binge-worthy.

Episodes 2 and 3 release today on Shudder.